Woodwork, mobiles, boxes and other things

Photographs above courtesy of Alistair Hamilton of Eurgain Studio

“They’ve made it again,
Which means the globe’s still working”

This mobile was loosely inspired by the Ted Hughes poem “The Swifts” .

The birds, however, are Swallows because they are the birds which, for me, show the arrival of spring and they always call to mind the lines above.

The birds are made from black walnut, black walnut veneer and sycamore veneer.  The wings and tails are bent and laminated and then trimmed, while the bodies are carved from slid wood.  I wanted the movement to be circular to follow the poem rather than the varied motion of more conventional mobiles, hence the central circle and perspex rays. 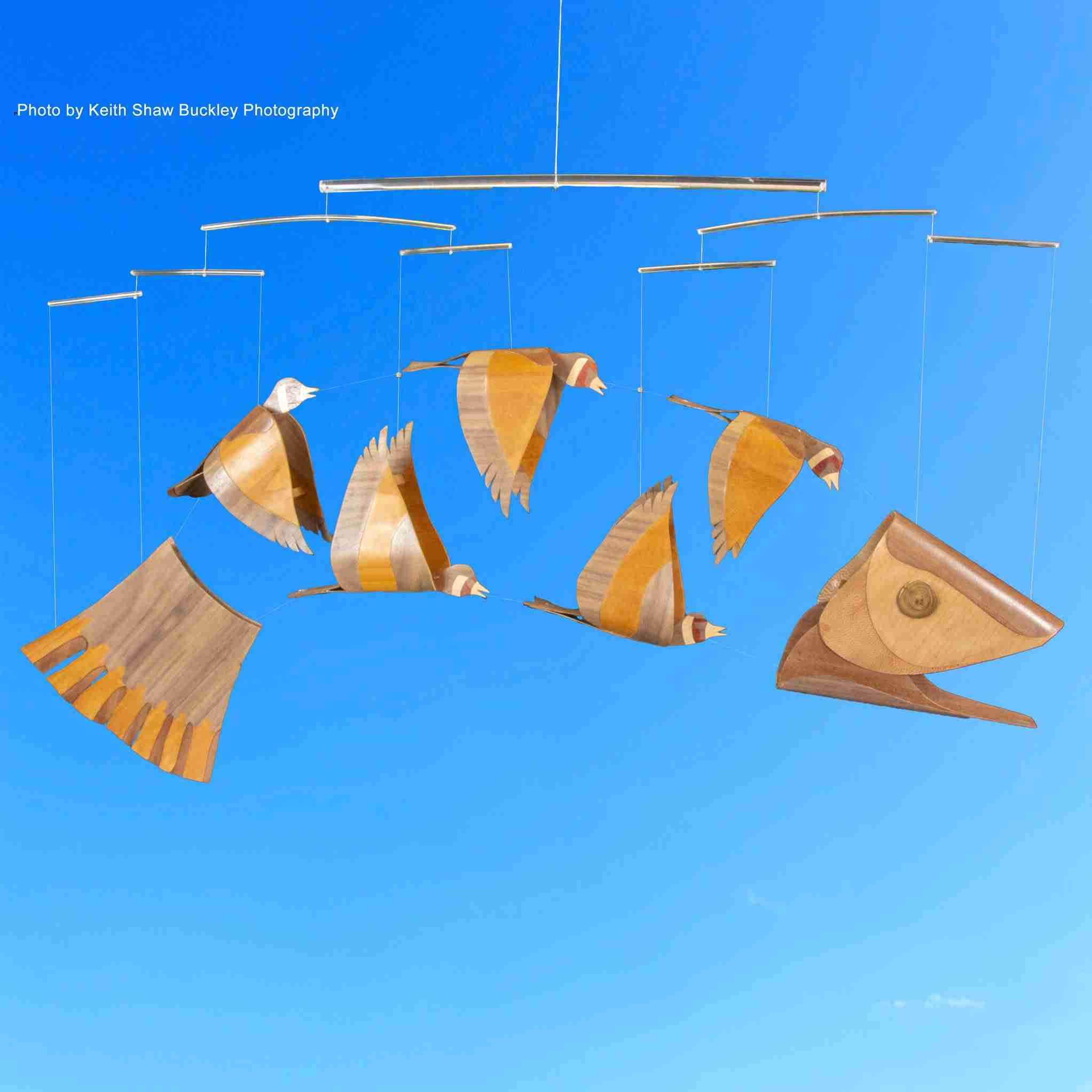 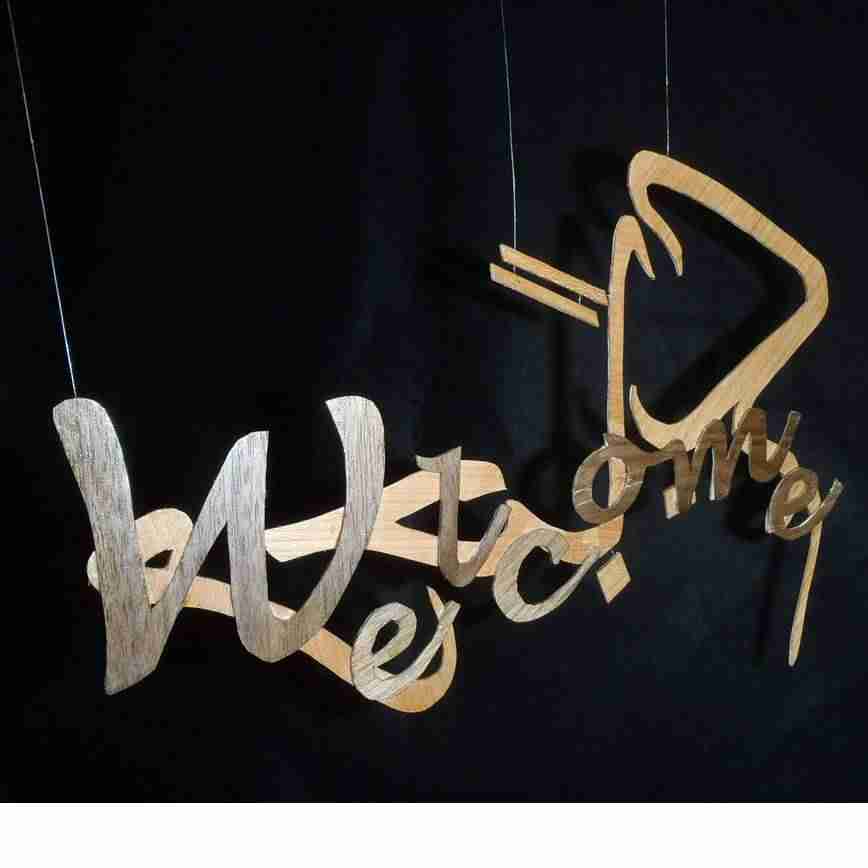 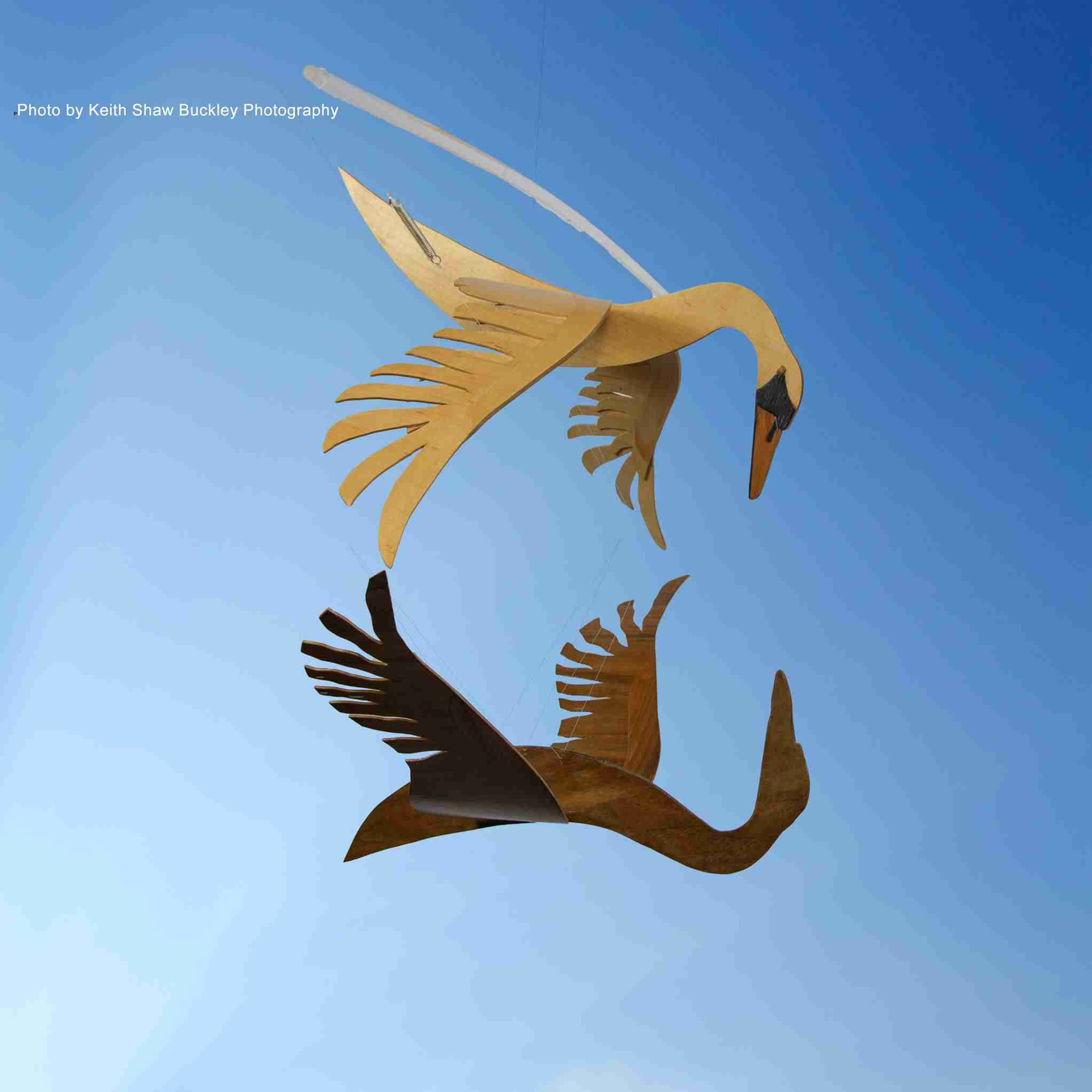